What the US Elections Taught us About Change Management 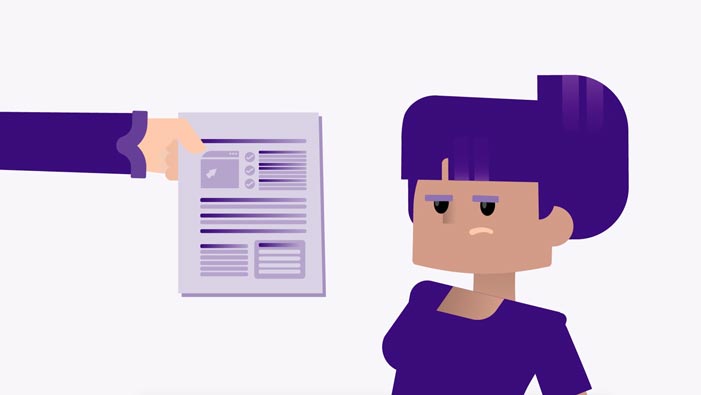 How to influence the behaviour of a group of people? This is not only crucial when you want to become the next president of the United States, but also the ultimate question when it comes to change management. When a company faces a change process, there is a lot to learn from the recent US elections.

If you wanted to become the next president of the United States, you would need to get people to like you and vote for you. While it is very unlikely that you might change the minds of voters in the so-called fixed states as New York or California (Democrats) or Texas and Alabama (Republicans), you'd have to focus on the swing states. That are the states that, based on historical data, have the highest chance of changing between parties and your biggest chance to win. This is what campaign teams and presidential candidates have been doing for years: Focus on those voters that might change their mind and vote for them. Which will eventually make the candidate the new president of the United States.

The population of swing states supports both parties on a similar level. They are not dominated by one of the parties, and it is therefore never secure which party wins these states over. During the last presidential elections, Georgia was one of them. Since 1992, the state has been won by Republicans, but in 2021, people in Georgia voted Democrats - although the difference was very small. Another swing state was Florida, a state that usually is a good indication for the winner as it has many voters. However, this was not the case in 2021. To win over the swing states, the candidates focus on the communications with the voters in these states. Now let's look at what their campaigns teach us about change management.

The first lesson to learn for internal change management is: Segmentation is key. After all, campaigns are expensive, and candidates do not want to waste their budget on states that they have no chance of winning anyways. The same goes for the states that, based on historical data, will vote for your party even if the candidate will only be there briefly during his campaign. Pretty logical, isn't it?

The same logic applies to internal change processes. When implementing a change, you need to win the bigger part of your audience, in this case your employees, over to support you. Your project, or campaign to stay in the metaphore, is only successful if you influence your employees to accept the change and adapt their behaviour accordingly. But for some reason, this strategy is hardly ever applied in internal communications.

You won't win them all. Pick your battles. This is what the candidates do when preparing for the US elections. Focus on those who will eventually make the difference between success and failure.

Take a step back and look at your change management campaign as you would look at an election campaign. Identify the target audience: Which departments are there? Then do some internal marketing research and find out how they feel about the change you want to implement. You cannot win them all. By getting to know the level of knowledge, competences and motivation of the different target groups, you can learn more about how to make your campaign successful.

Don't focus too much on the departments that already have a very clear attitude towards your change process - positive and negative. Focus on those departments who are still neutral or undecided. They are your swing states.

Once you have identfied these target audiences, you can further segment them into subgroups with similar attitudes and needs regarding the upcoming change. This segmentation should purely be based on their attitude and needs, not on their title or seniority in the company. Only then, this helps you to identify the groups or swing states that will increase your chances of successfully implementing the change the most. They should be your priority in internal communication.

Let's look at our example from the US elections again: As mentioned, Florida is one of the most important swing states due to the high number of electorates (29). In 2021, both candidates and their parties focused on one specific group in Florida: Hispanics. By focussing on this very specific sub-group of the entire population of Florida, both candidates were able to communicate more intensively, directly and personally with them. They did not waste resources by trying to roll out this message throughout the entire state. Al ads were in Spanish and targeted to the target audience.

Zooming in on the targeting of specific audiences a bit more, let's look at the Facebook ads during the last election campaigns in the US. The LA Times was able to give some examples of how specifically targeted some of the ads were:

33% of the ads were about selling Trump-merchandise

Once you have identified your specific target audiences, you can focus on how the change will effect them.

What does the change you are about to implement mean to your list of target audiences? Start with your swing states or specific audiences. Address problems and frustrations that might be solved once the change has been implemented. Again, look at the US parties during the last elections: Republicans communicated that the Democrats wanted to promote socialism while the Democrats pointed on Trump's failing crisis management during COVID-19. Both parties addressed frustrating issues that they might solve if they won the elections. By focussing on a large, homogenous group with similar frustrations in a swing state, this increased their likelihood of winning over the entire state significantly.

Now let's apply this strategy to your change process: For example the implementation of the new GDPR legislation. Assuming you conducted your internal research, you got to know that the Complicance, IT and Privacy departments have already taken steps towards the new GDPR legislation and privacy-sensitive data. They understand the urgency of the upcoming change. These are your 'fixed states', New York and California or Texas and Alabama. You don't need to win them over anymore, as it is very unlikely that they will not support you.

But your survey has also shown some 'swing states': Your Sales team for example. The team has diverse opinions on GDPR, and overall a relatively low level of knowledge about the new legislation. There is hardly any urgency for the team to implement the change as they do not understand its importance. After all, they have been sending out lists with names and e-mail addresses for years, so why should it suddenly become a problem?

Instead of communicating to the entire team, ask yourself: Which 20% of this group will make 80% of impact?

These 20 percent of the Sales team are your focus audience. By winning them over, your likeliness of successfully implementing the change will increase significantly. It is key to know what kind of information is relevant to them to be able to address their frustrations and problems. And also to make them understand the urgency of the upcoming change.

Obviously, it is not always easy to find out what the emotional drivers of a department or team are. But you can make an estimation based on the job profile, general characteristics of the department and the information you gained from your internal market research. One assumption might be that the new GDPR-legislation might be 'too much administrative work', which is especially frustrating due to their busy agenda and targets they want to reach. They will need to adapt their way of working significantly: Instead of just sending an Excel-sheet with privacy-sensitive data, they will have to use a secure database. From their perspective, this will take a lot of time in which they will not be able to actually sell.

Address the frustration of your target audience. Explain why the change is necessary, also to them. After that, talk about the consequences for their specific work and what you need them to do. Once they understand, they will help you win over the rest.

Focussing on people that are still open to be influenced and have not made their decision yet is therefore crucial. Departments that have not formed an attitude yet can be won over more easily. And they could, in the end, make the difference. By focussing on them and specifically targeting your communicatin, you increase your likeliness of convincing them significantly.

And that's what we can learn from the US elections when it comes to change management: Pick your battles.

Curious about how you should segment your target audiences? Get in touch with our Consultancy team! They will help you put together a solid strategy and rollout to effectively communicate upcoming changes.